It’s a good thing I checked in

I called the Lab Rat Keeper to verify my appointment and it was a good thing I did. Somehow my appointment was deleted from the book which was why I wasn’t called. Now instead of going to the Dr.’s office I will be paying bills and getting my toes done tomorrow. 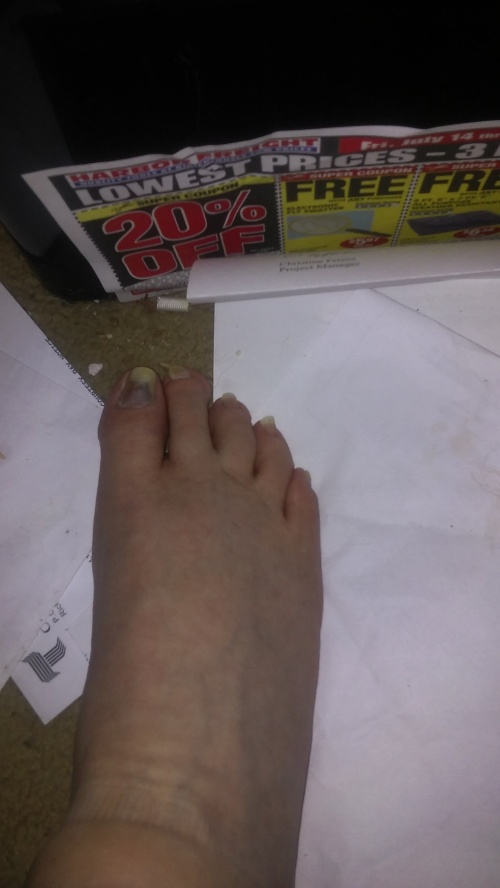 Ugly, ain’t it? That’s what happens when I let them go too long between getting them done, now I’m going to lose that one again. It happened back in the mid-1980s and it took most of a year for the new one to grow back, and it was terribly uncomfortable until it did.

So anyway I’m going to do tomorrow, or later today, what I was planning on doing Monday or Tuesday, but couldn’t because I was waiting for the Lab Rat Keeper’ office to confirm my appointment. I’m also still cutting floors for the scale mockup of the TGS2 with smaller rear wheel cutouts, but for some reason I haven’t been able to get the front ones square. And that plastic sheet from ADT is almost impossible to cut.

I woke up around 0500 what is now yesterday and I have been having problems all night long with falling asleep on my phone or at the keyboard, so I’m going to pop a sleep aid and try to grab some Zs.