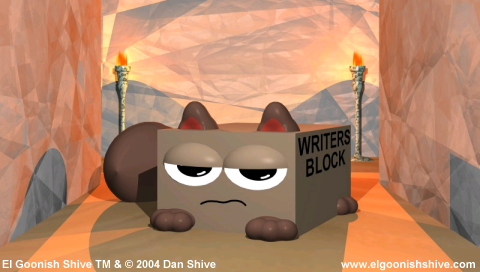 Seriously, there’s nothing going down lately. I have been eating a lot of popsicles to keep cool, hydrating regularly, listening to music on my phone, reading webcomics, eating ramen with veggies and sometimes with boiled eggs. Just nothing worth writing about more than once. My life has become repetitious like that book by Solzhenitsyn, where he told the entire life story of a political prisoner by relating just a single day, because one day was pretty much identical to every other day.

There’s nothing to relate on the T-bucket either. No new ideas, no new parts, and as always no money. Well, nothing big, but I have been thinking about the details, like where to route fuel lines to prevent them from dragging off over speedbumps, ditto brake lines and wiring, keeping everything neat and tidy and away from possible damage. As you do when you build hotrods.

Annnnnd I’m just babbling at this point, so this is a good spot to stop.

It was suggested I should keep the Subie transmission

And the AWD drivetrain that comes with it. And as with anything else with this car, this would solve a few problems while creating a bunch more.

The main problem solved would be getting a transmission on the back of the engine that connects to the rear axle. The first problem this creates is added weight, the Subie transmission is about 50 pounds more than the T5. Second is width, the Subie transmission has the FWD drive spuds hanging off the side behind the bellhousing that extend beyond the width of the bellhousing, which restricts how far the engine can be offset if I stay with the RWD. Or if I decide to use the full capabilities of the transmission I can’t offset at all because of using the FWD portion of the system requires centering the transmission between the front wheels. Basically if I do that everything that can be moved to the right side of the car gets moved to try to get the car balanced left to right.

Now the reason I was thinking about this is the starter for a Subie mounts to the bellhousing, not to the engine. This makes making a bellhousing to use a different transmission a problem as the starter is designed to mate to a machined surface of a casting or forging. This is outside my abilities as a fabricator, because making a casting requires making an oversize pattern first to make the mold, and everything has to be just slightly bigger than the actual part because of shrinkage when the metal cools from liquid to solid, and I lack the skills to do that. Make the pattern, that is, to the required degree of precision. I know where to find the shrinkage rate and how to calculate how much larger to make the pattern, that’s just brain work, but converting those measurements to wooden patterns, that’s woodworking, something I have only been so-so at. I did OK at birdhouses and whirligigs in middle school shop class, but anything more complex just turned to garbage. On the other hand I can pull a mold off the original bellhousing and use that to hydroform an adapter housing except for the stupid starter mount. Hydroforming is easy-peasy compared to doing a casting. I take the OE bellhousing and cut it off at the right depth for the input shaft to mate to the pilot bushing in the crank then weld or glue a plate or board to make it solid across the back, and then bolt the housing to a piece of flat plywood about 5 inches taller and wider than the housing and add more plywood to make a box with an open top and the housing as the bottom. The bottom board and housing is sprayed with a mold release agent called form oil. Then a single layer of hardware cloth gets formed loosely around the housing so that it surrounds but doesn’t touch the housing and sits evenly against the bottom board. After that a thin mix of cement and sand is poured in until the mold is filled completely and allowed to set. Now if I was doing a mass production run I would then carve the concrete mold out by the thickness of my production mold material, and use that to form the production mold which would then get stiffeners welded to it so it would hold shape while turning out countless production parts. But for this project I would just make one or two out of the concrete mold and toss the concrete mold.

But because the starter has to mount to a machined surface precisely aligned to the engine I can’t make my own housing that way. So at this point it looks like modifying the OE bellhousing is my best bet.

And I got wrapped up in answering e-mails instead of finishing this post before midnight, so I’m wrapping it here and going to bed.