The annual Yule fight has begun, on Wreck-Free Sunday

One of the byproducts of the over-commercialization of Christmas has been the pushback of the acceptable decoration dates for both the first and last “acceptable” decorations going up. And as the “last” date moves closer to September the intensity of the annual fight over putting up the Yule decorations in Casa de El Poeta also increases, because my date hasn’t changed from what it has always been (12/20). I have been accused of many things because of this with “Grinch” being one of the kinder things. I’m sorry, but I’m firmly of the opinion that the “specialness” of a holiday gets less so as the dates of the holiday get moved further apart, and for me “Yule” starts 12/21 and ends 1/1 the next year. So, the decorations go up 12/20 and come down 1/2 AFAIAC. If that makes me a Grinch, then I’m a Grinch. Grinch, grinch, grinch, I’m being all grinchy. I still haven’t gotten the hang of being green and covered with fur like Oscar the Grouch, but I am embracing my grinchyness. When does Festivus begin?…

I really should be promoting my new hat some more. Not just because I really like it but because I have come to the realization that the magicks I placed on the first hat need to be stopped. I publicly declared the first hat as a double bird flipped at the guy that hit me and a “return to sender” of his intentions, and within a few months of making this public, the guy was dead by his own hand. Thing is I didn’t know that, so I subconsciously kept the spell going until the hat wore out completely, then bought another one that was almost identical and kept it until it wore out declaring it as “the replacement” for the first hat, which literally transferred the spell to it. So I have this spell working like mad with no target left alive, which is not good. So, very soon I will do a public ceremony where I burn the old hats and declare that spell at an end, and declare a new spell for the public good. The new spell will target the powers-that-be to generate some real (Dutch CROW manual) bicycle infrastructure for the Beautiful Suburbs of Hell. 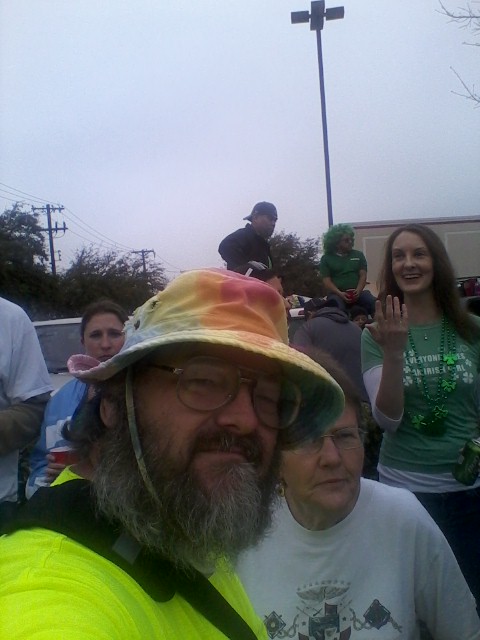 There is a debate (of sorts) on the use of HiViz by cyclists. What do you think? Encouraging high-vis gear I think this is one step removed from victim blaming, but what do you think?

Today is one of those days that I have a concept running around in my head, but no words to attach to that concept. This is one of the facets of aphasia, the worst of them. Most of the time I just have a word or two that I have to track down inside my head and eventually I do that and finish the sentence and then the rest of the blog post. This time I lost the whole shooting match, a whole paragraph or more. And if you don’t think that’s frustrating, then you have never written for a living…

So, to save what is left of my dignity and sanity, I will cut it off right here rather than continue to beat my head against the biggest writer’s block in the world.