Tag Archives: I have a strange body

I must have died again and didn’t notice

Today in the mail I got a frequent traveller card for the ferry on the river Styx. I tried to take a picture. 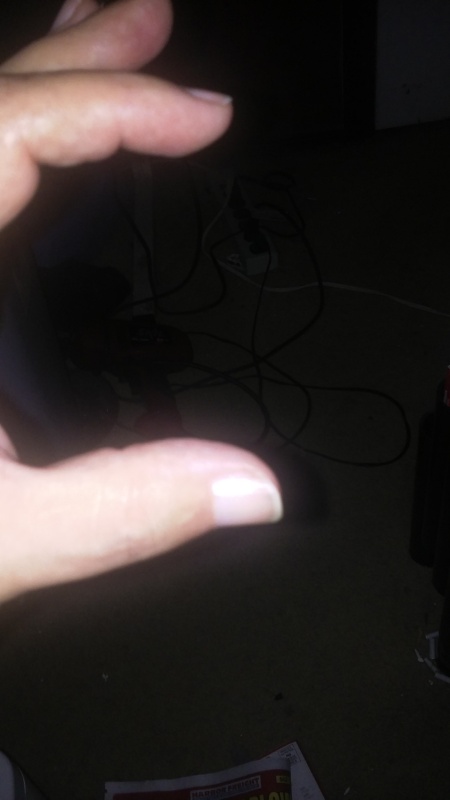 Now as to why I have a frequent traveler card for Charon’s ferry (I had to translate from the Greek on the card) I have no real idea, but a couple of hypotheses. One is my next career is going to be a Psychopomp, a guide of souls to the afterlife. Since I don’t actually see dead people like the kid in Sixth Sense that’s not high on the list of probabilities. Another possibility is I am literally immortal but will sometimes get “knocked out” to be dead for a little while and this card is to identify me as “just visiting” the afterlife. That one is not good because getting killed hurt the last time I can remember. Well, not the being dead part, that was fine, and the actual getting killed was so quick I really didn’t notice. The coming back alive to a body that was badly broken, yeah that shit hurt like a [$UNPRINTABLE]. So yeah if you find yourself dead I strongly suggest staying dead because there is probably a pretty painful reason why you died.

So supposition time: why do I have a frequent traveller card for πορθμείο του Χάροντα, and why can’t I take a picture of it? Is it because of the number of round trips I have made or the number I will make in the future? If I have died more than once why can’t I remember? This whole line of thought is disturbing. BTW there are boxes on the back with marks in 3 of them and something in Greek on the tenth box, so I get a prize? What kind of prize do you get for dying 10 times? And does 3 marks mean I have died twice in such a way as to “not know” I’m dead? That’s even more disturbing than knowing I died once and came back.

So, what would you do with a frequent flyer card for the afterlife?

Tagged dead again, frequent traveller card, I have a strange body, strange shit, unkillable badass, who else gets stuff like this?, why me?

I got some kind of bug, and the Feed

I have some kind of upper respiratory bug that is making my nose run and gooping up my eyes, and it is aggravating me no end. I mean an unending nasal drip just getting in my moustache means I have to wash my face several times a day (yuck!). The tenant and I are going to a social gathering tonight, I’m mostly going to make the tenant feel more secure because she was sexually assaulted at another gathering of a different group. I think some people feel I’m somewhat physically imposing in spite of not being very tall (5’8″). I’m almost that big around (48″ chest) and have wide shoulders and very narrow hips. I look like I have been hitting the weights for years, when in reality it is pure skeleton. I don’t have lats, I have ribs and likewise I don’t have huge pecs I have a depressed sternum that makes my ribs bulge out. I shouldn’t complain because it was mostly my skeleton that allowed me to survive getting hit 3 times by pickup trucks. I mean I have what has been described as “concrete bones” by an expert on the subject (the tech running the bone-scan thingy at the doctor) and I’m sure that had something to do with not getting my head bashed in when the football player I dissed for copying the wrong answers off my science test hit me with the baseball bat…

Up first a possible reason why nobody posted anything in social media about the Bono bike wreck. Bono Likes to Ride His Bike While Dressed as a Hasidic Jew, Apparently You would think that someone would have taken a picture of a wreck that bad, but apparently not. more The Edge Says Bono ‘Basically Can’t Move’ for Next Few Months After Bike Accident

A UK article reminds us to not hit the pedestrians! Woman taken to hospital after being hit by a cyclist in Hellesdon This demonstrates why I posted yesterday that sidewalks are not bicycle infrastructure! Unless cyclists basically just allow all the advantages of riding a bicycle to be neutralized it’s basically impossible to share infrastructure with pedestrians safely for any great lengths of distance, I mean bicycles may be slower than cars or trucks but we are still faster than pedestrians. The three modes need separate infrastructure for everybody to be safe and efficient.

A bit of Lifestyle! from the most deadliest state in the US to walk or ride a bicycle. A ride to remember: Bob Votruba’s life, and his bus, committed to ‘a million acts of kindness’

A possible e-assist bike share project in FL. E-Rides USA Launches Electric Bike Share Company in Sarasota, Florida The bike share requires using a 4 digit code that unlocks a bike. I hope where they keep the bikes also automatically charges them back up…

And again I have run out of links I can use. See you tomorrow.