I’m worried about my cat

Clint decided to spend the night out last night. He insisted he had to go outside yesterday, then just never showed up when it came time for bed. It has now been over 24 hours since he has eaten here, and he has never been out that long. Needless to say I’m worried for him.

I have been hearing lots of predators in the area, owls, coyotes and I have seen some bobcats while on my walks. Clint might be effective at accidentally clawing my arm but with all the fights he has lost with the local squirrels biting his tail… I’m not sanguine about his condition.

While I’m composing this the pole qualifying for the Daytona 500 is/was on the TV. Junior will be starting alongside repeat pole winner Chase Elliott on the front row for the Daytona 500 Monster Energy NASCAR Cup series race (got to get the full name in there 🙂 )

On other things Mrs. the Poet has thrown away more of my stuff in the process of making enough room for my hot rod in the garage. 😢 I can actually see all the way across the garage in several places now. I still haven’t found that book with the equations for getting the spring rates right on the first try that I bought back in the early ’80s when I first started building cars and haven’t seen in years, since before I blew the engine in my last car in 1995. I remember packing it for the move to Casa de El Poeta in 1994 and as far as I remember that was the last I saw of it. I remember it had a black cover and was written by Len Terry or had an ad for the Terry book as an additional resource. It had a black slip cover with white line illustrations and I think red text. I searched the web and… 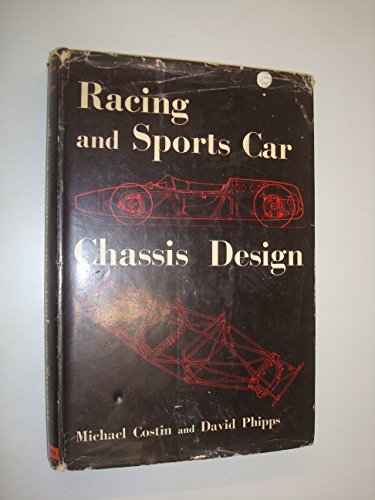 That’s the exact edition I’m looking for, because I already own it! OK I had the colors on the illustrations and text reversed but otherwise, that’s what my book looks like. In that book are the equations I need to select the right springs and shocks on the first try, and a bunch of other things, too. Since I don’t have the room to work yet, and Mrs. the Poet throwing away my stuff is limited by the volume of the garbage and recycle bins and how often they are emptied. Which means that instead of getting the trauma over with quickly, the suffering is stretched out for weeks.

Speaking of suffering, this post has gone on long enough. My cat is still wandering around outside, and Mrs. the Poet is still plotting throwing away more of my stuff, and I’m still stressin’.